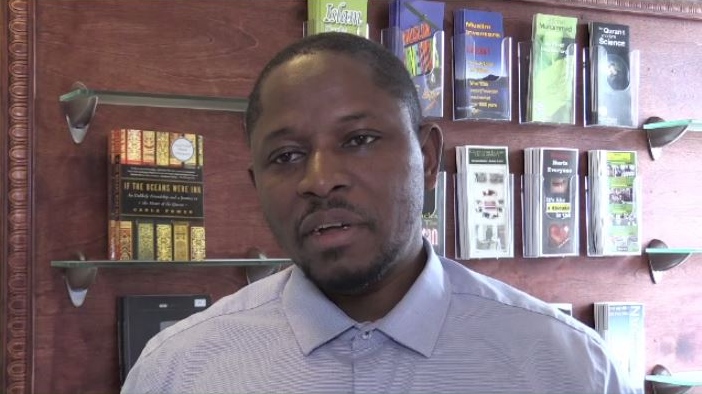 This article was first published on the following source.

The massacre in New Zealand has angered and saddened people all around the world.

Here in the CMCO Maritimes, many have spent some time trying to come to terms with it.

“I know this is occupying the minds of many, many Muslims and we’re looking for some perspective … and non-Muslims as well, I must say are looking for perspective,” Imam Mohamad Yaffa said Friday.

“People are actually devastated, people have been killed and communities have been shaken,” Yaffa said. “It’s really sad.”

Muslims and non-Muslims alike, saddened by the unexpected and gut-wrenching news.”

Sarah Parker went to a Halifax mosque on Friday to pray.

“When I woke up this morning and I saw the news, it just, it filled me with a lot of heartache,” Parker said. “Unfortunately, in this day and age, we label countries as safe and unsafe and they have problems and they don’t have problems; and this morning, in the middle of New Zealand, 49 people lost their lives.”

Local activist Rana Zaman is at a UN conference in New York. Despite this latest attack, she says she will not live her life in fear.

“It is racism,” she said. “It is a form of racism, but in this case, this is a deliberate targeting of a specific faith group. In this case, it’s Muslims. So, it goes beyond racism, it’s Islamophobia is what it is; they’re being targeted because of their faith.”

Police forces across the country are  increasing security around local mosques. That’s not happening here, though we have been told police have reached out to  members of the Muslim community…

The chief of the Halifax Regional Police tweeted a photo of the New Zealand flag flying outside the department in solidarity with the country.

Meanwhile, Halifax Mayor Mike Savage said: “The horrific attack in Christchurch, once again shocks us. Another in a long line of assaults that have become all too common. Let’s counter hatred with kindness, intolerance with open minds. We mourn with the world.”

Yaffa says there has been an outpouring of support from the local community.

“Things like this have happened in Canada before and we’ve seen tremendous support from everybody,” Yaffa said. “Not long ago we had the tragedy of the fire in Spryfield and everybody came together and so that kind of support is what we’re hoping for & what we’re receiving so far.”

“One of the things though that I’m really grateful and proud of is the way Nova Scotians continue to respond to be an inclusive province.”